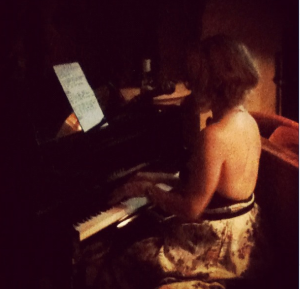 It’s a word that might only get used when describing your Jamba Juice. Today we are going to use this word with in the context of: you guessed it…bands!

With Thanksgiving having JUST happened, and the madness of the holidays about to rear its ugly ubiquitous head at our American wallets, I think consistency is a great place to start with. Especially considering we can expect the same thing every year when that magic Thanksgiving date rolls around. You can expect Turkey, stuffing, horrible parades, and that awkward moment at the table where your uncle gets too tipsy and blurts out the first thing that comes to mind…seven times. Much like the consistency of your uncle’s outbursts, Thanksgiving is also consistent. It’s my personal opinion that being in a band should also be consistent in a couple ways.

Lets imagine you get invited to a show (like that ever happens anymore! Lets change that!) and at the end of the night, you discover a band you really like. Trouble is, they are from out of town, and so you snatch up their CD to keep the tunes alive and thriving until they can come back and play your hometown again. Now also imagine that this band never comes back, or worse yet, comes back a year later and doesn’t promote the show very well or gets the word out to you only through the interwebs. This has happened to me so many times, and it’s honestly a bit frustrating. I usually give up on this band. Not because I think they are bad, but simply because I was excited to engage and interact with them, and the chance never arose again. At a certain level I might be getting the vibe they don’t care enough to come back.

From the shoes of a band member, the reality is a bit different. It’s not always so easy to head back to any given town depending on the distance, availability of shows, and general situation going on for your band personally.  With that said though, I think something lacking in a lot of local acts is the ability and drive to make important elements of your band consistent, like visiting the same towns, touring in general, or consistently keeping your fans up to date with what you have going on!

The great strength of consistency in today’s world, is the ability to remind people (who are too busy with work, families, lovers, and Facebook) that you exist and are still pluggin’ away at this thing called rock! If a tree falls in the woods and no one is around to hear it, does it make a sound? Hell yes it does, but if you aren’t there to hear it, then that sound of a falling tree doesn’t exist in your reality. Don’t be like the tree. Make sure there is a Twitter feed set up to report that falling tree sound to all your falling tree followers! Just because your band is doing something, experiencing something, or jamming on something, doesn’t mean that your fans automatically know and experience that same reality. They are clueless may assume you are playing Skyrim all day.

Don’t get me wrong, this isn’t about playing every weekend in the same city, or spamming your fans with what you are doing (please..please don’t do this bands. Eventually we will stop caring what food you eat for lunch). This is about giving some consistency that your fans can count on. A great example is The English Beat. They are a band, who without fail, visits the bay area a couple times a year. In fact, I’m going to see them tonight, and the reason I am is because even though I missed them the last time, I know I can be sure to see them in a little less than a year or so.  I still care very much about their music, and even though I failed to see them last time, they gave me a second chance to get my boogie on.

What this consistency is for you, is probably very specific, or different, or maybe it’s very similar to some of the things I described. Either way, sit down and think of where you can be more (tastefully) consistent. It’ll do wonders for your sense of momentum regardless!

Error: Twitter did not respond. Please wait a few minutes and refresh this page.

I'm In love with Imagination